In 1971, Klaus Schwab, a German-born business professor, brought a few hundred executives from Western Europe to a small town in the Swiss Alps. Hosting what would later become the World Economic Forum, Schwab asked the corporate leaders to seriously consider their business practices. He asked them to think of their stakeholders. Not just their customers and investors, but the wider society that their companies affect. Are they responsible in the way they make money? Does that process deliver societal value and help build a better world? These are the questions he began to ask, making businesses think about their role in global development.

In the four decades since that first meeting in Davos, it has become an expectation that the corporate world should be working towards answering these same questions. Think tanks, governments bodies, and entire industries are now dedicated to making sure business is contributing to society.

Lord Michael Hastings is KPMG’s Global Head of Corporate Citizenship, a Davos-veteran, and has an eminent history of encouraging those in power to help those in need. Kekst CNC sat down with Lord Hastings to hear about his career, his journey promoting corporate responsibility, and why he thinks purpose is crucial in the business world.

Kekst CNC: Your career has spanned teaching, youth work, consulting for the Thatcher government, public affairs at the BBC, and now corporate responsibility with KPMG. Having worn so many caps, who is the real Lord Michael Hastings?

Well, I am a father and friend, a brother and someone who engages with the key issues of today - the society that we struggle within. I have a very clear mission statement, which is to speak for the poor and bend the power of the prosperous to enable the potential of the poor.

This is one of the reasons why I came to KPMG from the BBC. This position gave me the opportunity to work with the prosperous, helping them to understand the benefits of strategic long-term economic development, and move the momentum towards releasing people from poverty through business and enterprise.

Kekst CNC: You started your career as a teacher. Has that informed the way you look at corporate responsibility now?

Being a teacher in what was then an underperforming school showed me that if you have low aspiration environments, children won’t believe that they can achieve very much. All too often, schools and teachers do not believe in the potential of their children. What they are doing is not educating but containing a problem until they can pass it on.

If that is the way we think of the disadvantaged in our own society, then we are not developing a civil society. That isn’t a sustainable view of how to build a strong economy. That isn’t supporting nationhood. That is not a clear view of what society and democracy are meant to be about.

So, being in a poor schooling environment, although I was honoured and delighted to teach there, it gave me a vision of how important it is to educate and raise aspirations elsewhere. And this is an integral part of my remit now in KPMG’s Lifelong Learning agenda.

Kekst CNC: After teaching you went on to advise Margret Thatcher’s cabinet on their relations with black communities. Can you tell us how this opportunity came about?

In 1981, there were a series of riots in Peckham, Greenwich, and 21 cities around the UK – a direct result of black people feeling underemployed and disadvantaged. The government was desperately seeking solutions, asking themselves how they could connect with these communities.

I received a phone call from a friend of mine who was working with the Thatcher government at the time. To be perfectly honest, he phoned me because I was the only black person that anybody in the entire cabinet knew of. You have to understand, in the 1980s, there were one or two black MPs. But frankly, that was it. There was nobody in government who would have come from any other background apart from a traditional English culture. And so, the only person in the cabinet that knew anybody from the black community was my friend. He rang me and said, “Margret wants to see you.”

The next day was the beginning of my 5-year deployment as a consultant to the Thatcher government. I was deployed as an interlocutor between the cabinet and black communities across the UK. I traversed the country and advised on the investment opportunities that the civil services needed to make. I linked communities together, creating a safe space place to open a dialogue between the black world and the resource-rich world.

Kekst CNC: Can you tell us about your role as KPMG’s Global Head of Citizenship and what corporate citizenship means for the company?

My work is largely a mix of three things. I am an ambassador for the business, representing KPMG across multiple formats. A central focus as ambassador is building community and business engagement that brings life to KPMG’s support for the UN’s Sustainable Development Goals (SDGs). I also manage a team that delivers the practical outcomes of our environmental commitments as well as our Lifelong Learning program. Thirdly, I work on key business issues and themes on behalf of KPMG. For example, I support KPMG’s involvement in Inclusion & Diversity agendas globally.

In a business sense, KPMG has always had a clear sense of its corporate identity and purpose and this feeds into our sense of citizenship. Our four founders had strong beliefs in the value that audit businesses bring to society. That is verifiable and factual financial data that gives confidence to investors. Our statement is: “inspiring confidence, empowering change”. By ensuring that stakeholders can rely on financial information, we inspire confidence in markets. And then, our transformative activity empowers change. This is the corporate role that KPMG plays and our purpose in society and within the economy.

This is a very important thing for a company to have, a sense of purpose. Mission statements and statements of intent are a good place to start, but without an identifiable purpose, you are just paying lip service to your corporate responsibility. I am fortunate to work for a business that has an intrinsic economic purpose, as well as a desire to develop its role as a corporate citizen.

Kekst CNC: What would you say is the biggest challenge facing the world today?

I’m not convinced that the biggest problem of the globe is material. Everyone is convinced that it will be water wars or climate change. These are undeniable problems. But I think the greatest risk is that globalization has led us towards being a very indulgent society and a very meaningless society. Wellbeing is becoming less and less evident. In both the Western and Eastern worlds, we have a complete confusion of what is valuable.

Jeffery Sachs, Professor of Economics at Colombia University, said, there are two words that will do more to change the way the world operates than anything else: ending cynicism. Because cynicism is the disease that occupies the critical minds of very capable and enabled people. Which, frankly, we are.

And we have become cynical about whether it is worth working for the changes the world needs, let alone what our nations need. We very easily dispose of what is uncomfortable for us to confront. We want to tidy up the homeless for example, rather than address the reason why they are homeless. We want to stop migrants crossing the Mediterranean rather than address the reasons why their countries remain continually destitute and less certain and secure. We are not keen to address why the levels of teenage depression have soared. These things need addressing at a root level. If we end the cynicism, that voice that says nothing is worth trying to change, then that is where we can create communities of hope instead. 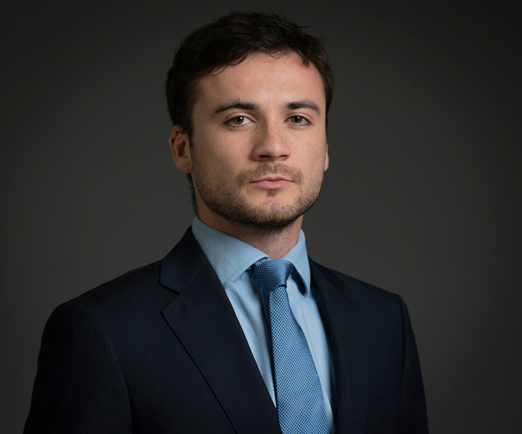 How To Avoid A Cyber Breach Nightmare Before Christmas