The Politics of Permacrisis – and Why the Modern Media Loves it 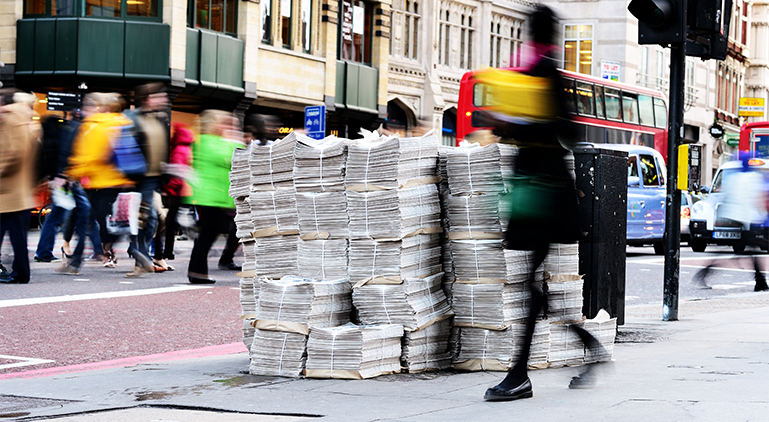 The beating heart of any newsroom remains the daily news conference, a ritual that’s barely changed over decades.

Twice, or sometimes even three times a day, a group of senior editors huddle around a table to debate the strongest stories, seek new angles, and ask what reporters should probe next. The rhythm of the news conference, chaired by a hard-charging editor, dictates the life of every newsroom. It’s the engine that drives the machine, sets the agenda, and determines what stories are given prominence and shapes what the public ultimately sees and reads.

However, there is one area where the news conference has changed – and the consequences of that shift have been subtle but far-reaching.

Fifteen years ago, debate during the daily news conference was steered entirely by instinct – the natural judgement of editors about what they felt was newsworthy and of interest to their audiences. Acquired over years, the best editors were those – like John Witherow of the Sunday Times/Times or Paul Dacre of the Mail – who had an intuitive grasp of what readers wanted. They were flying largely blind. It took days before they could see whether their own instincts were right by examining sales figures.

Unsurprisingly, that, in turn, is altering what is commissioned and the treatment stories receive.

At the Telegraph, for example, journalists and editors sit beneath an enormous screen displaying live data on which headlines are clicking best. For newsroom staff, the subtext is clear – deliver more of the stuff that clicks well and drives online subs.

Naturally, that means there is a tendency to favor material that editors know will perform well online – whether it be coverage of the royals, culture wars, or provocative Brexit commentary. I can recall conversations in news conferences at national newspapers where reporters were encouraged to write more about topics that were clicking well – whether it was the perceived arrogance of Emmanuel Macron or stories about gut health. As Britain emerges from a torrid political crisis, it’s worth asking a simple question: to what extent has this dynamic played a role in amplifying it?

There are, of course, many and varied reasons for the current crisis convulsing Westminster – a deeply flawed and undemocratic system for picking new party leaders; the toxic legacy of Brexit, which continues to polarise and distort; and the raw ambition to clamber to the top of the heap – a powerful stimulant to any politician.

But there is another factor, too: the acceleration of the news cycle and the corrosive impact of social media on discourse. Put simply, the media increasingly demands a permanent state of crisis to deliver the clicks, engagement, and attention on which it feeds. It’s no secret that the online subscriptions, shares, likes, and retweets surge during moments of national crisis and drama. That means to a degree, journalists and commentators have a vested interest in exacerbating a crisis – or a sense of crisis – even if it’s sometimes debatable if one truly exists.

While respected and level-headed commentators eager to deliver a balanced perspective still exist, they are increasingly being crowded out by more strident voices whose tweets and headlines are designed to shock and deliver the engagement news organisations need to prosper. That is a problem because it means increasingly that such voices are more highly valued by the news organisations who publish them.

With the Tory party close to meltdown and ministers tumbling like ninepins, the spin cycle in British politics seems to be stuck in a permanent overdrive. It would be dangerous to overstate, but the media plays an important role in affecting the political temperature – either by turning up the heat or cooling it down.

At times like this, with millions of ordinary people watching their mortgage bills and living costs explode as Britain’s barely ruling party squabbles, the economy burns, and adversaries chuckle, this is a critically important dilemma that senior editors should consider carefully before succumbing to their natural instinct to add more heat – and drive the engagement they crave.

Perhaps more challenging, it reveals that disinformation is everywhere, but nowhere: it’s rarely obvious, and we consume it each day.

For big miners or resource companies ignoring the environmental implications of the giant projects they fund and operate, often in remote and sensitive corners of the globe, would be unthinkable.