Back to the Office – The Changing Face of Employer Communications

This week the UK government set out its three-phased approach for gradually lifting the current lockdown restrictions and returning the nation back to what previously might have been described as “normal.” But while policymakers are hopeful that a COVID-19 vaccine will be successfully developed, the Prime Minister and his scientific advisers acknowledged that there is no real assurance that we will not be living with COVID-19 for a long time to come.

The government’s tone was a similar one, often seen previously when speaking about terrorist threats – an admission that the novel coronavirus may never be eradicated entirely.

What does this mean for major employers who, on the whole, have done an incredible job over the past 12-plus weeks at adapting at speed and doing their utmost to keep their employees safe?

The first thing to remember is that in the UK, people are still both fearful and concerned. This was a key finding of the second wave of the Kekst CNC COVID-19 Opinion Tracker, which also highlighted that people now expect the impact of the virus to last much longer than previously thought – more than a year – and that behaviours post-crisis will fundamentally change. Out of the five key markets surveyed, respondents in each indicated that they would be cutting back on air travel, reducing their use of public transport, and seeking to work from home more frequently. More importantly, they indicated that these behavioural changes would hold irrespective of a vaccine.

It may be that the reluctance among UK respondents to return to the workplace can be attributed to the effectiveness of the lockdown and stay-at-home orders, to the extent that many do not feel safe to go out, use public transport, or return to their traditional workplace.

These findings, however, present employers with a conundrum. While the crisis may have shown us that working from home in some sectors is not only technically possible but also productive, for many workers this option is simply not possible. In order to restart the economy and get the country moving again, millions of people will need to return to their place of work and be provided with a safe environment to operate in. This isn’t just manufacturers and production lines, but everything from financial service workers to dentists.

To that end, effective employee and internal communications will play a vital role in building trust - in encouraging, reassuring, and ultimately persuading those workers for whom working from home is not an option, that returning to the workplace, and staying there, is both the safe and right thing to do.

Back in March, we advised our clients to follow a three-part framework focussed on directing, enabling and supporting their people through their communications. As we now ease out of the first phase of the crisis, there is a new need to adapt how we communicate and direct people.

First, from a health, safety and legal perspective, employers must provide explicit clarity on the absolute non-negotiables. They must be clear on policy-led communications and instigate those that follow both government and regulatory guidelines as well as their industry best practice. There is also a greater need to ‘instruct’ employees: ensuring they receive explicit instructions and guidance covering everything from wearing protective facemasks to canteen usage.

Second, companies must provide the rationale behind such guidance. That means providing answers to the question of “why” before it is asked, and acknowledging the specific reasons why their policies may differ from that of a competitor. By doing so and providing clear direction, business can build and nurture culture of personal responsibility.

Thirdly, the concerns and fears of the general public are not about to disappear, an important aspect for employers to bear front of mind when engaging with their staff. The need too for personal communications, focussing on health and wellbeing, has not gone away. Taking a calm, supportive tone, and offering reassurance to maintain people’s health, both at home and in the workplace, will go a long way – as will celebrating small successes to build a sense of togetherness.

Fourth, employers must be certain to listen. Conducting regular virtual focus groups and taking the pulse of the workforce – both those who work in the office and those working from home – is an absolute must to stay ahead of shifting sentiment and allow for quick, meaningful adaptations to both policy and messaging.

Finally, the power of a standalone visual identity for pandemic-related people communications must not be underestimated. Not only will this indicate the topic’s importance to staff, it also will enable day-to-day, business-as-usual communications to have the right level of impact.

Once the nation finally emerges from its current state, vaccine or no vaccine, the workplace will bear little resemblance to the one most of us left back in March - the last month that many of us considered ‘normal’ life. The new ‘normal’, however it shapes up, will force businesses to engage in a totally new approach to their employee communications. 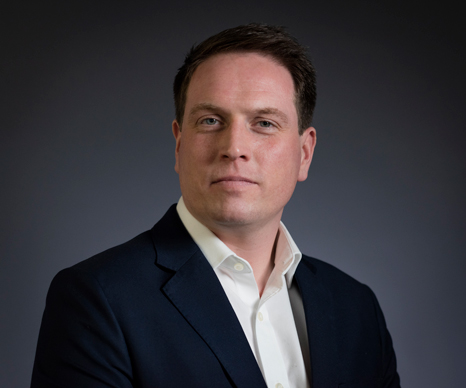 Oct 26 2020 Corporate communications
The Future of Work: How COVID-19 Has Impacted Employee Behaviour
May 19 2016 Crisis and Issues Management
When A Crisis Strikes Employees Can Be Your Best Defence

Back to the Office – The Changing Face of Employer Communications

Media Relations During COVID-19: Is There Room for Non-Coronavirus Stories?