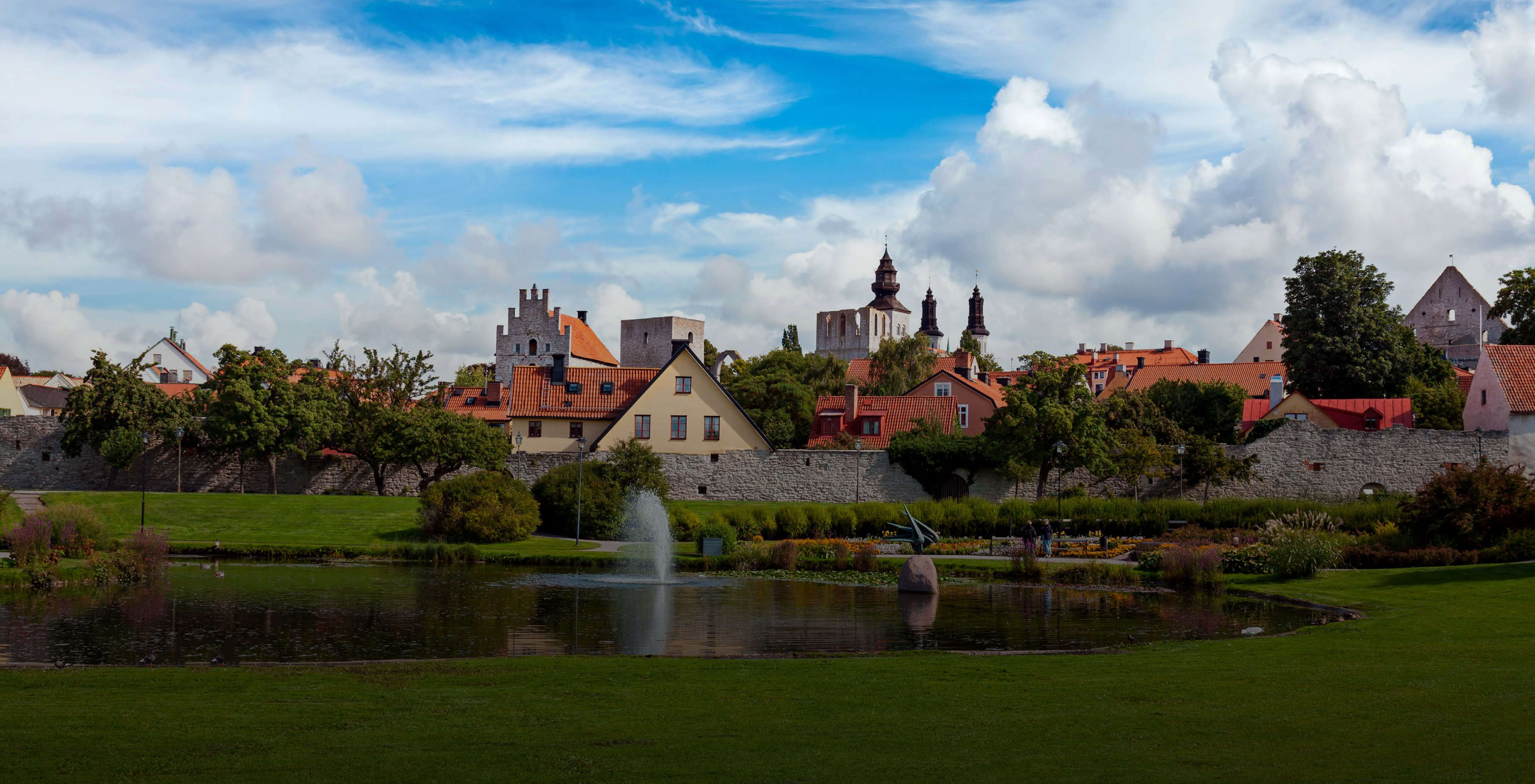 This week, the Almedalen Week will temporarily move the epicenter of Swedish politics and business from Stockholm to Visby, on the island of Gotland. Taking place the first week of July every year, the Almedalen Week attracts some 45,000 visitors to the old Hanseatic town on the island in the middle of the Baltic Sea. They attend more than 7,000 workshops, speeches, debates and receptions which take place in pop-up locations like shops, gardens and warehouses. Browsing through the program, climate and sustainability, digitalization and gender and power equality seem to be this year’s most popular topics of discussion. But an important feature of the week is that nearly all current and niched questions – and several unlikely – are the topic of at least one workshop.

It all started 51 years ago when future PM Olof Palme gave a speech en route to his summer holiday. Now, every evening during the week is devoted to an individual party leader delivering a speech in the park that has given the week its name.

For many years it was an event stretching over one or a few days attracting only professional politicians from the main parties, but after a while journalists came along to report upon what they discussed. Then, around the Millennium, NGOs and lobbying groups started to come. A few years later, companies saw the opportunity to meet with a range of their stakeholder groups. With social media and digital influencers added to the mix by the 2010’s, the week had evolved into its present format – a combination of politics and business, professionalism and party.

To illustrate the broad variety of activities: During late Wednesday evening every year, senior politicians and business leaders take to the stage in an open-air night club to take part in a DJ battle in front of an audience of 2,000 people. The following morning, the Swedish government holds its weekly meeting at the local governor’s residence.

The week has drawn some international interest through the years. Foreign delegations have visited to see what goes on, and some countries have created similar venues, like Folkemødet on the Danish island of Bornholm and Arendalsuka in the Norwegian town of Arendal. One could argue that the Almedalen Week is very Swedish in its forms – equal, consensus driven and based on dialogue. But it is also informal and intimate. And most important, focused on contributing to democracy in a number of ways:

It gives anyone access to politicians and business leaders.

The Almedalen Week could be described as a national mini-Davos Conference, but then again not. The complete “Who’s who?” of Swedish politics, business, administration and journalism gets on to planes and ferries to go there. But they are not alone. A broad layer of grass-root activists from even the most niche of NGO’s attend the week as well. So do citizens with no affiliation but just an interest in a specific question or society in general. The seminars are free of charge and open to anyone, and there is no requirement to sign up in advance or get accreditation. In the medieval streets and tight restaurant terraces, these grass-root activists are back-to-back with government ministers and top-CEOs, and the culture is open-minded allowing anyone to ask a question or express an opinion.

The discussions develop policies and advance the public debate.

With several thousands of program items, it may not come as a surprise that most policy fields, public issues and societal challenges are covered. The seminars are opportunities for the main stakeholders in all fields of Swedish society to meet, and focus on idea creation in a way that is not possible in the daily life.

It leads to unexpected meetings and cooperation.

The mix of spheres and an open mindset is a terrific environment for unexpected meetings across dividing lines and conventional groupings. It is not only civil society and citizens getting access to politicians and business leaders, it is the other way round as well. Many projects launched in Sweden have started with an unexpected alliance formed during Almedalen Week. Personally, the largest part of my network and friendships within Swedish media, political parties outside my own and in NGOs originate from meetings in any of the fifteen Almedalen Weeks I have attended.

It is a platform for knowledge sharing.

Most of the seminars bring more than just one speaker to the stage. Five panelists or more is not unusual. This means that some 20,000-30,000 expert perspectives and insights are added to the discussion during the week, educating leaders about fields they may know little or nothing about, or about fields they work with already or simply can just get inspired by. It is a marvelous knowledge-sharing exercise, and its effect on Swedish decision making should not be underestimated.

In a time with disruptive technologies, climate challenge and other megatrends reshaping business, environments like this are tremendously important and useful. When I was heading media relations in the household appliances giant Electrolux, I went to Almedalen to talk about green vacuum cleaners and branding Swedish consumer goods in a global market. But I came back with mind-blowing perspectives on the future of business and consumer preferences.

Perhaps every European country and market needs an Almedalen week. Particularly in these times of misconceptions towards the elites, the rural-urban divide and higher tensions in the public debate. In most Western democracies, the recent political development has proven the need for inclusiveness, established political movements to renew and the public dialogue to be reinstated. Sweden is by all means no exception to these developments, but the impact is probably less due to Almedalen Week. An Isle of Wight Week in the UK, Sardinia Week in Italy or Rügen Week in Germany will not be full solutions to the crisis of democracy, but they could be a part of it.

To find out more on how Kekst CNC can give strategic advices on and help you navigate in European and Swedish politics, please visit here.

Every five years, during the National Congress of the Communist Party of China (CPC) the Party elite gathers to elect new leadership. Traditionally, China’s President delivers a lengthy report summarizing its progress since the last Congress and shares the outlook on international and domestic developments.

A random attack and some false allegations can ruin a well-positioned and reputable company overnight. But what is the best way for companies to respond to the influence of activist investors?