“Money, money, money must be funny” said Abba in 1976. Not so for Theresa May 40 years later, at least not in the wrong hands.

In July last year, shortly after she was confirmed as leader of the Conservative party, and therefore Prime Minister, she promised she would “get tough on irresponsible behaviour in big business”. Excessive executive pay was singled out as the prime target she planned to send to the bottom of the charts.

Theresa May made three pledges in a push to tighten corporate governance which included:

1. Companies would be required to hold binding shareholder votes on executive pay;

2. Measures would be introduced to put employees on their company’s boards, the idea that their interests would then be better represented;

3. The requirement to publish the ratio between top executives’ remuneration and the typical worker.

Feeling short changed Since July 2016, a lot has changed of course.

The whole of Westminster is now consumed by Brexit – both its politics and the huge detail of negotiations. Theresa May has also now lost her majority in Parliament too. She probably thinks she has bigger fish to fry than promises made in July last year, a time that probably seems pretty distant to her now.

However, Theresa May and her business secretary Greg Clark have in fact continued to quietly hum their reform tune with the proposal for a series of reforms which were published on 29 August via a policy paper.

However, of the measures originally set-out by Theresa May last year only one remains unchanged – the need for companies to publish the pay ratio between top executives and that of their average employee.

This rather meek headline to the reforms has left a feeling among many that that they have been short changed. The likes of the Trades Union Congress called the measures a compromise which have been seriously watered down.

It is true that some measures have been altered significantly. The requirement for companies to install an employee to their supervisory boards was seen as overly complicated by many businesses. And yes, the alternatives, which include nominating an existing non-executive director to represent workers is certainly a climb down in the eyes of many workers and members of the general public.

Reforms to sing about

That said, these reforms are still worthwhile and represent a step in the right direction. The headline measure, the publication of pay ratio, has its detractors who argue it is too simplistic. But it will also attract and focus attention in the right way. While there will not be a binding vote by shareholders on executive pay, the creation of a public register which will log all listed companies that have encountered significant investor opposition hits the right notes. For a start it will be a further incentive alongside the information already published, to encourage boards to work alongside and listen to investors.

For those that believe that executive pay should be slashed across the board, these reforms won’t go far enough. However, what they do well is encourage companies to think about other measures of success beyond the admittedly very important one of shareholder return. They also encourage a company to think about its wider role as an employer and not just a profit generator. As owners of a business, shareholders should ultimately play a role in matters such as pay and workers’ rights and these reforms will act as an enabler.

I feel that Britain should be proud it is at the forefront of governance reform. Compare what’s happened in the US. The Dodd-Frank legislation introduced just after the financial crisis in the US also envisaged a pay ratio measure. However, it’s been watered down, relegated to the back catalogue. An EU plan to do something similar has been quietly discarded altogether.

The diverse range of businesses we work with at CNC are increasingly needing to assess their governance and corporate social responsibility credentials. This is not a simple nice to have but an area of growing public attention. Demonstrating the value a company adds, not just in terms of profit, but as an employer and corporate citizen has to play a part in all communications.

Savers are also demanding more from their investments, evident in the growing interest in SRI and ESG products. Institutional investors are now more likely to make negative headlines for not showing they are part of the executive pay conversation than those who actively participate.

These corporate governance reforms may not be an instant hit with everyone but there’s enough to like about them that they will be here to stay. A bit like Abba songs. 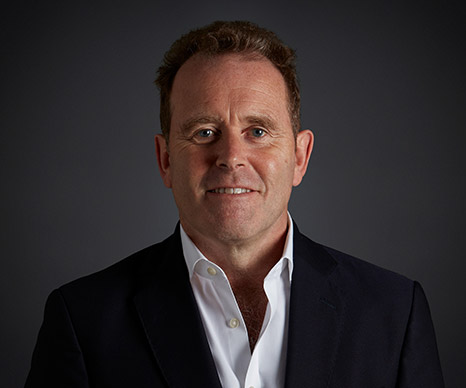 Why should your company care about Fake News?