re:publica is one of Europe’s largest internet and digital society conferences, focusing on issues and trends of the digital society. The name “re:publica” references the Latin expression “res publica”, translating into “public matter”

The three-day event with talks, panels and workshops takes place in each year Berlin and was founded in 2007. Then, there were around 700 visitors. In 2019, more than 20,000 were registered.

Each year has a different overarching theme. In 2019, the conference’s motto was “tl;dr”, which is internet-slang for “too long; didn’t read”, referring to the need of in-depth analysis and study of topics and themes instead of only consuming crisp headlines and short-form content.

Participants of re:publica traditionally represent a cross-section of various societal milieus, including C-level professionals from economic, business, (social) media, marketing and the NGO sphere, as well as bloggers, activists, hackers and artists.

So many top-level findings result from such an abundance of impressions, debates, meetings and discussions? For me there were five that really stood out.

Never before have so many top politicians participated in re:publica. The Federal President opened the conference with an impassioned appeal for a more civilized debate culture and for the democratization of the digital world. Frank-Walter Steinmeier's speech quickly permeated the conference's echo chamber (some call it a filter bubble) and stimulated intensive debate beyond the tech community. The Federal Cabinet was also well represented: Finance Minister Olaf Scholz, Family Minister Franziska Giffey, Environment Minister Svenja Schulz and Labour Minister Hubertus Heil all spoke as part of re:publica.

The clear conclusion: a remarkable number of prominent politicians were engaged. Above all, however, there is also a remarkably clear message: "Digitisation," allegedly detached from the everyday concerns of the average citizen, does not exist. And there is also no corresponding "Techie ivory tower." Digital developments concern everyone, they affect and permeate our everyday lives. That is why political interest and commitment are so central. The common good, the reconciliation of interests and the protection of fundamental rights must also be demanded, implemented and critically reviewed in the digital world.

Another topic ran like a golden thread through the discussions at re:publica: How can the undeniable market power of the tech giants from Silicon Valley be contained? How can the FAANG group (Facebook, Apple, Amazon, Netflix, Google), which is bursting with strength, be managed to a level healthy for the market? Both EU Competition Commissioner Margrethe Vestager and the President of the German Federal Cartel Office, Andreas Mundt, had a clear answer: stricter and more effective regulation. New rules around access to existing data pools was described by both as the most promising way to break these data monopolies. However, breaking up the platforms themselves, was not a topic of discussion

The mobility system is in upheaval, we are facing "disruptive changes," we are in an "historical transformation process." On the one hand, these are popular buzz words. On the other hand, they, quite accurately, describe the processes currently taking place in the transport sector. This was also evident at this year’s re:publica, and not only in the exhibition areas, where several automobile manufacturers presented themselves or even acted as sponsors. An air taxi provider also invited visitors to touch and take a look.

But more importantly, questions about future mobility consistently played a central role in the panels and lectures. Fortunately, it was not about an exchange of blows between diesel nostalgics and electric pioneers. Rather, the focus was new forms and ways of individual, sustainable, and digital mobility. Which will be increasingly modular in urban areas, but attractive solutions would still be lacking in rural areas. In any case, ministerial officials, futurologists and company representatives agreed that, in addition to economic issues, it is above all a matter of cultural rethinking. The central question behind this has not yet been answered and the dialogue must continue to be jointly negotiated: What transport culture do we want?

"Digitisation goes green" would also have been a suitable motto for this year's re:publica. The effects of climate change and the demand for (more) sustainable forms of business dominated a large part of the content contributions. What does increasing data volumes have to do with global warming? How does climate change affect economic systems and innovations? And above all: what solutions are being developed, for business, society and politics? The common theme of the conference presentations on these topics was that all solution scenarios were conceived from a human perspective. And that confidence and trust were placed in the effectiveness of social commitment.

Podcast is the new video. A total of 24 podcast sessions were offered at this year's re:publica. So, you couldn't miss it. The fact that the whole thing has now also become a tangible trend in Germany was demonstrated, among other things, by the audience response. Quite often the halls were closed during the podcast slots - due to overcrowding. Among other things, the lucky ones with a seat or a standing place were treated to "how-to" workshops, the reaction of traditional media houses to the podcast trend and innovations in audio formats.

The overall conclusion is that re:publica 2019 offered a very wide playing field for various opinions, positions and visions. Anyone who was open to discussion and ready for dialogue was presented with new horizons. 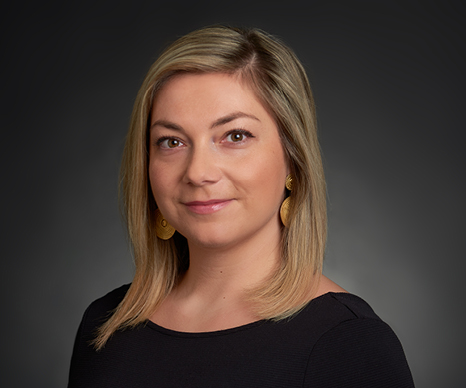