Why Startups Shouldn't Underestimate the Power of Communications

This article first appeared in MAGNiTT on September 30, 2020.

80 percent of startups fail. For tech-centric startups, this rises to 90 percent, according to Harvard Business School. The MENA region is no exception. Here, startup failures have occurred in a range of industries from e-commerce and advertising to software and financial services.

Understanding why predecessors have sunk is good schooling to help navigate the treacherous startup journey that brave entrepreneurs embark upon. While there are a plethora of causes, the failure of startups to take communications and marketing seriously is one trap that can be avoided.

In a study conducted by Autopsy on 60 failed startups in MENA - poor marketing was cited for a tenth of failures and a further 14% because they were outcompeted, which communications can help build a defense against.

Communications shouldn't be an afterthought

Communications should not, therefore, be an afterthought. Done poorly, it can mean a startup’s value proposition lacks clarity and conciseness, and not be compelling. Its differentiation may be ill-defined. Employees may be irregularly engaged with leading to a lack of staff morale. Communications may be deficient in strategic thinking, and the brand positioning may misalign with customers’ culture, values, and tastes. At worst, to borrow from George Bernard Shaw, “The single biggest problem in communication is the illusion that it has taken place”.

Instead, startups must think like communicators. “Words are, of course, the most powerful drug,” remarked Rudyard Kipling, and entrepreneurs should leverage the power of storytelling. Whether it is to raise their profile among target customer segments, gain investor support in funding rounds, or build their strategic positioning and differentiation in a competitive landscape, communications is a potent pill to support startups. It needs to be given proper attention.

More than a logo

Successful communications campaigns are rooted in strong strategic positioning that identifies and communicates the brand, service, or organization’s differentiators and value proposition. They are more than the logo, a press release, and a blog on LinkedIn. They unpick the business strategy and fuel the different elements of it, ensuring alignment with the objectives, goals, and ambitions of a company. They also give a human face to organisations, revealing the backstory of the founders and communicating their passions, talents, and ambitions. They raise awareness, attract powerful stakeholders, and build customer loyalty.

Equally important is maintaining momentum post-launch. Too often, startups in the region make the mistake of taking their foot off the communications peddle once they have launched, neglecting the need to create communications touchpoints with stakeholders. In reality, a launch campaign is just the beginning. In the UAE, where innovation is the mantra and startups are being launched frequently, people can easily shift their attention to the next big disruptor. All the more reason why a robust post-launch communications effort is so essential.

As the MENA’s ecosystem matures, it is only right that founders and startups see the value of promoting the product, building the brand, and delivering powerful stories, not just develop code or build a product.

The startup ecosystem in MENA is maturing. A number of startup platforms like Fintech Hive, Intelaq, Dtec, Hub71, Flat6Labs, and Sheraa offering guidance, support, and collaboration. Increasingly, an international investor base is turning its attention to the region.

It is only prudent that startups match this activity with professional and strategic communications that attract target stakeholders, from customers and clients to investors and employees.

Mazar Masud is a Director of Kekst CNC, which has launched Kekst CNC Rise, a bespoke communications service for startups and high-growth companies in the Middle East to help them accelerate their growth ambitions. 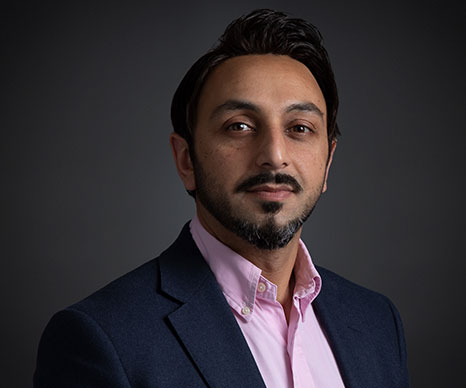